Albums by Lecrae in our playlist: 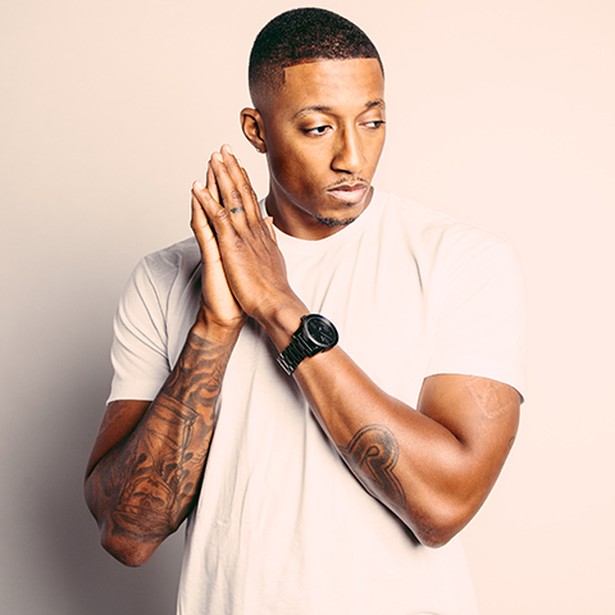 Lecrae Moore (born October 9, 1979) is an American Christian hip hop artist signed to Reach Records, the record label that he co-founded. Thus far Lecrae has released five solo studio albums, and his latest Rehab: The Overdose was released on January 11, 2011. He is also a member of the rap group 116 Clique, with whom he frequently collaborates.

Born and raised by his single mother in Southern Houston, Texas, Lecrae moved often in his early life living in San Diego, Denver, and Dallas. He discovered rapping as a musical outlet to help him convey his feelings to others. Christianity did not enter his life until after he had graduated from high school.

When he was 19, a Christian leader encouraged him to attend a conference where he heard James G. White speak. Because of this, he became passionate for Christianity. His strong religious conviction led him to print his testimony and pass it out across the University of North Texas campus. The next five years included many struggles and victories.

After graduating from the University of North Texas, Lecrae lived in Dallas. There he volunteered at a juvenile detention center and began working on his debut album. At the age of 25 he co-founded Reach Records, and released his first album, called Real Talk.

Lecrae co-founded ReachLife Ministries in 2005 to help reform urban culture. The non-profit organization exists to help equip local Christian leaders with tools and media projects that are culturally relevant and based on the teachings of the Bible.

Lecrae now resides in Atlanta, GA with his wife and children. He continues to rap, and frequently collaborates with Reach Records artists and the 116 Clique.